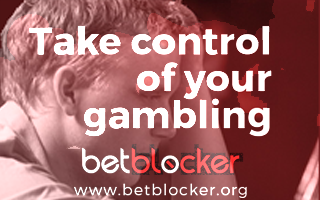 This page is partly based on information from Shay Shevach.

In the traditional casino game of Blackjack or 21 each player plays against the bank. The game involves almost no interaction between the players. Each player wins from or loses to the bank - all players might win or all might lose.

Tournament Blackjack is an adaptation in which the players compete with each other. The tournament format is similar to that used for Texas Holdem poker tournaments. Each player begins with an equal number of chips, and the objective is not to win chips from the bank but to end with more chips than the other players. There is an entrance fee and a fixed prize or a scale of prizes for 1st, 2nd, 3rd place and so on. Winnings do not depend on the absolute amount chips you have at the end - only on your ranking relative to the other players.

The first such tournaments were run by Ed and David Fishman at the Sahara hotel in Las Vegas, beginning in late 1978, under the name "The World's First Blackjack Tournaments Championship". Donald Catlin reports that there was a $250 entry fee and buy-in was $500, players using their own money to buy chips. Bets were from a minimum of $5 to a maximum of $500. Shay Shevach tells me that Ken Smith confirms the total $750 cost to participate, but says that buy-in was $250. There were about 2000 players in each event, and each round lasted about 55 minutes. Since the bank in such a tournament does not mind whether it wins or loses chips overall, fairly permissive rules for splitting and doubling could be used. Also, there was no reason to take measures against card counters, so cards were dealt from a single deck. Over these relatively long sessions of play the best players and card counters would win.

Blackjack tournaments were out of favour from the late 1980's until the early 21st century, partly because casinos did not want to encourage the development of card counting skills. The tournament idea was revived in 2002 by the Las Vegas Hilton with its Million Dollar tournament. The advantage of card counting was reduced by having rounds of only around 30 deals and by using multiple decks. This format proved popular and tournaments are now held at many casinos, notably the Million Dollar tournament and the televised World Series of Blackjack at the Las Vegas Hilton.

There are two main types of tournament: single table and multi table.

A multi table tournament lasts for a number of rounds, each of which consists of a predetermined number of hands. Each player begins each round with an equal value in chips. As in poker, the players take turns to be the starting player - the player who receives the first cards in the deal and makes the first betting decision. The role of starting player passes to the left after each hand. There is a minimum and maximum bet per hand, and all cards dealt to the players are visible to all players. At the end of the round, the player with the most chips at each table goes through to the next round. In many tournaments the runner up at each table also goes through. The remaining players are eliminated. Players do not keep their chips from round to round: all players start the new round with an equal value of chips.

As players are eliminated, the number of tables in play decreases. In the final round there is just one table, and the player who ends the final round with most chips wins the tournament. in many tournaments the prize pool is divided between the winners and runners up according to a payout schedule which sets out the prizes for first, second, third place and so on. In general, the more players take part, the more players are entitled to a share of the prize fund.

In a single table tournament there is just one round. The player with most chips at the end wins the whole prize pool.

Some tournaments include other methods of player elimination. In the World Series, the dealing shoe includes two "knockout cards". When one of these appears during a hand, the player with least chips at the end of the following hand is eliminated, and the minimum bet is then increased. In Elimination Blackjack, which is played in the televised Ultimate Blackjack Tour, the players with the lowest chip total at the end of the 8th, 16th and 25th hands of a 30-hand round are eliminated.

Some tournaments, including those of the Ultimate Blackjack Tour allow "hidden" or "secret" bets. This option can be used once by each player in each round. The amount of the player's bet is not disclosed to the other players, and all that players subsequent actions on that deal are also hidden until the play of the hand is complete.

Surrender, in which you give up and the bank returns half your stake, is an important tactic in tournaments, especially in the late stages when you want to retain your chip lead over a player whose turn was before yours.

A different type of blackjack tournament is one in which every contestant plays separately against the house. Each player is dealt the same sequence of cards, and the house also gets the same sequence of cards. The winner is the player who ends with most chips at the end of a series of deals. This duplicate blackjack style eliminates the luck of the deal to some extent, and the winner should be the player who makes the best betting decisions. The duplication of cards required for this type of tournament is really only feasible in an online game in which the cards are dealt by computer.

Donald Catlin's article What Goes Around gives some historical background on the evolution of Blackjack tournaments.

The Wikipedia has detailed rules for Elimination Blackjack.

The tournament page of the Blackjack Hero site has information and tips on blackjack tournament play.