Climb up and down the social ladder, trying to make as much money as possible. Hob-nobbing with aristocrats boosts your earning potential - but you might lose touch with the common people who pay you!
Each player builds their own two columns of cards, in which successive cards have the same or adjacent numbers. Each turn they can add a card to a column (from any of three draw piles), discard a card, or 'bank' a column (remove its cards to score points). When the draw piles run out, the winner is the player with the highest score based on banked cards.
This game was invented by Ben Finn & Ari Ghosh. Thanks to John Sheehy for testing. 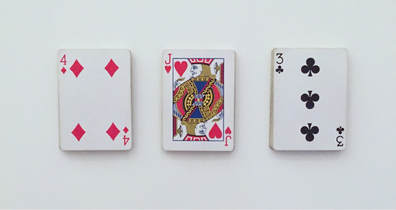 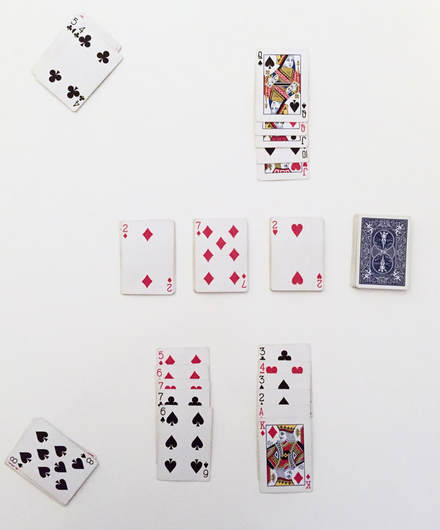 The middle of a 2-player game - players are at top and bottom.
At top left & bottom left are the players' bank piles.
The face-down pile is the discard pile.
The top player only has one column at the moment.
The bottom player can bank his left-hand column
as it ends in a 6; he previously chose not to bank it
when it ended with another 6 (of diamonds).

Rules
Players take turns. Each turn, do any one of these:

Preferably play a few times in succession and keep a running total of scores or number of wins, to reduce the element of chance.