Brief Description of Game: This game can be played with any deck of standard cards, 2 – Ace, including two Jokers. The game can be played by 2 or more people. Extra decks can be added if there are not enough cards. The game is math oriented, requiring the player to be able to add positive and negative numbers. This is a great game for learning how to add, especially with negatives. 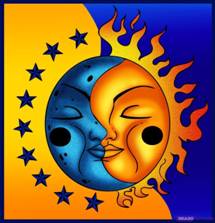 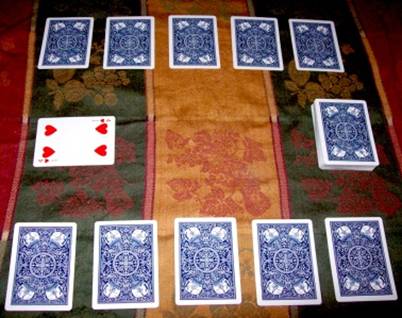 A turn consists of playing one card face up in the center, overlapping the cards previously played there. These overlapped cards form the "deck" and each card added changes the value of the deck. A card played horizontally (parallel to the initial card) adds value to the deck, and a card played vertically (at right angles to the initial card) subtracts value from it. Each card may be used as either positive or negative but the player cannot make the value of the deck exceed 10 or -10 unless the player has no choice. For example if the current deck value is 1 and a player has nothing but kings, the new value would have to be -12 or +14.

The goal of the game is to make the value of the deck equal to the point score of the player who currently has the highest score. For example if the player who is currently in the lead has a score of 5, the object is to make the deck value equal to 5. At the start of the game no one has any points, the highest player’s score at the beginning is 0, and therefore the goal is to get to 0.

When one player achieves the goal, they are awarded 1 point, added to their score. So in the second game one player will have a score of 1 and the goal will be to get to 1.

Five new cards are dealt to any person who uses all of their cards, but not until that happens.

At the end of the round, when the goal is reached and the winner scores a point, the used cards (the dealt cards and the turned up deck cards) will be put into a junk pile. The cards for the next round will be dealt from the unused card pile. The junk cards will be combined with the unused card pile and reshuffled when there are not enough cards to be dealt out. 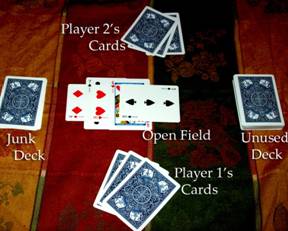 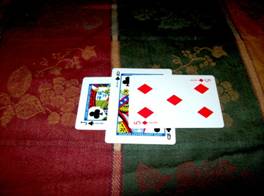 The game is finished when a player reaches a total score of 10. The scoring is simple: at the beginning each player has 0 and each additional round that player wins they get 1 point. 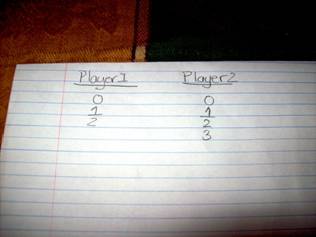 Note: The game may seem a little challenging or difficult to at the beginning, especially to keep track of the values and the value of J, Q, K, A, but the game will get easier as you play.