Contributed by Ecks Why

Dominoes Freecell Solitaire is based on the Freecell card game but instead of cards uses a double 6, double 9 or double 12 set of dominoes. 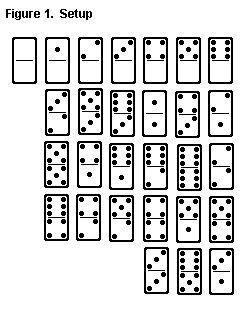 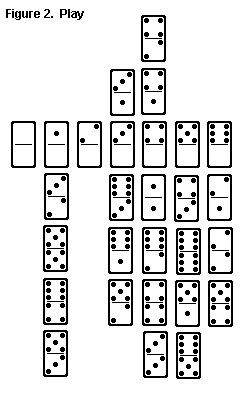 To win, all the tiles must be stacked above the columns corresponding to their suits in order of increasing rank, as in the diagram below. Play continues until you are stuck or win !! 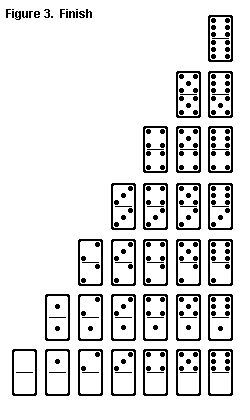 Differences from Card Freecell and Variations

You may notice three significant differences between the rules of play in this game and card freecell.

These differences all make Domino Freecell much easier than the card version. In particular the double 6 version of this game is significantly easier to solve than Card Freecell, though with larger domino sets it becomes progressively more difficult.

As with Card Freecell, many variants are possible. For example.

Freecell at the Solitaire Laboratory